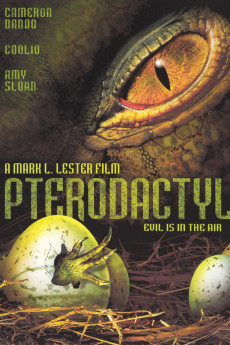 Action / Adventure / Family As Professor Michael Lovecraft leads a research expedition into the lush jungles of Northern Turkey, at the same time, a squad of U.S. commandos, led by Captain Bergen, hunt down a terrorist group hiding at a long-dormant volcano. Suddenly, aggressive, newly hatched pterodactyls start attacking the intruders, killing them one by one. Before long, the flying beasts take one of the scientists to their nest, and now, the guns have the final say. But, the enemy is swift and powerful, and the prehistoric birds ruled the sky since the dawn of time. Now, the fate of humankind is hanging by a thread. Can they destroy the menace of the winged living fossils? —Nick Riganas